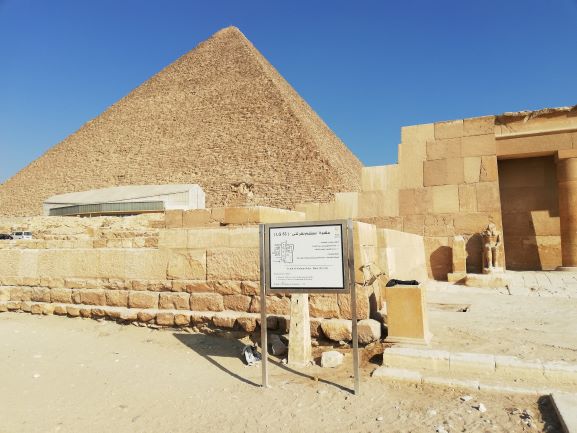 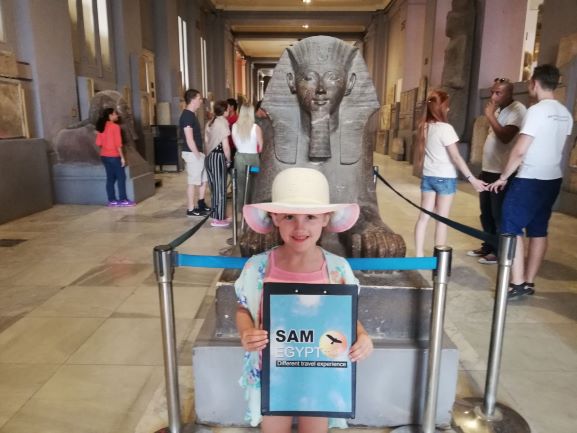 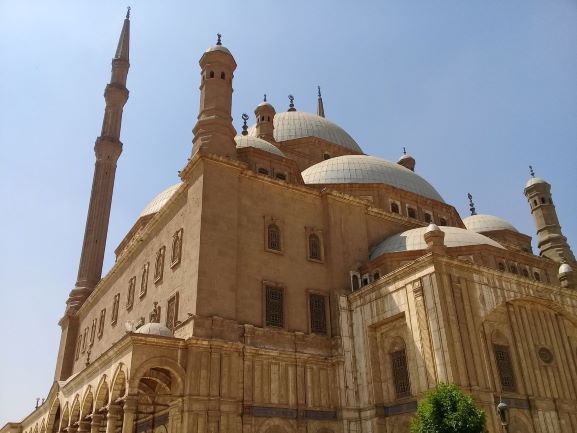 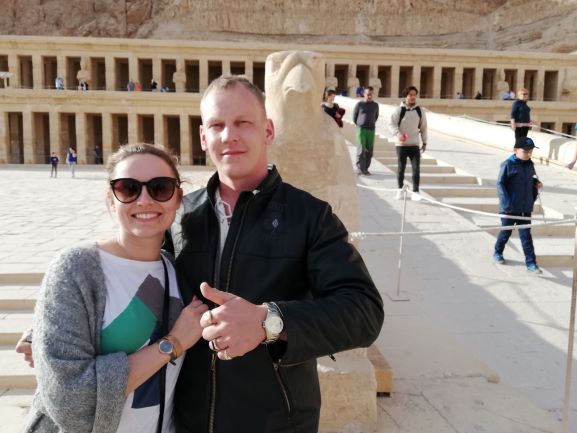 Arrival at Cairo International airport meets & greet by our representative upon arrival, transfer to your hotel, balance of day at leisure & overnight.

Breakfast on board, arrive to Luxor,  meet & greet by our representative in Luxor,  A.Ma full day guided tour visiting the temples of Karnak and Luxor,  We first visit the magnificent Temple of Karnak which contains collections of many temples adjusted by many great Pharaohs, visiting the majestic avenue of ram-headed sphinxes at open court, later we visit Temple of Luxor which used to be as the ancient center of many festivals and consider one of the most beautiful & huge temples of Thebes, transfer to your hotel in Luxor & overnight . (B)

Breakfast at hotel then pick up at 06.00 am for a full day guided tour visiting the Necropolis of Thebes at the west bank. Explore Valley of the kings which is known as the Place of Truth and the burial tombs of the New Kingdom Pharaohs. The tombs were hewn from the rock and were intended to protect the mummies of the pharaohs from grave robbers. The tombs are rich painting and best preserved funeral scene on tomb walls in whole Egypt. The most famous is that of Tutankhamun which was discovered by Howard Carter in 1922. Visit the funerary temple of Queen Hatshepsut at Deir Al Bahary, the only female Pharaoh ruled Egypt. She is depicted in masculine form wearing a pharaoh’s kilt and artificial beard. Visit Medinet Habu temple (The Mortuary Temple of Ramses III) which is the second largest complex in the area after the temple of Karnak.  According to ancient belief, it was the place where Amun first appeared. Both Hatshepsut and Tuthmosis III built temples dedicated to Amun. Later Rameses III constructed his larger memorial temple on the site and became the administrative centre of Western Thebes. The entrance is a copy of a Syrian Migdol fortresses. The northern outer walls contain the best, and most well-preserved reliefs. Ramses III’s battle relief on the whole length of this wall. Finally visiting the twin Statues of 18 meters high, Colossi ofMemnon remains of funerary temple of Amenophis III. End of the tour and drive back to east bank, free tour along the city,  transfer to train station to board a sleeper train to Cairo (10 hours), dinner & overnight (B/D)

Breakfast on board, arrive to Cairo, meet & greet, 08.30 am proceed for a full day guided tour visiting the Egyptian museum which houses over 120.000 antiquities of ancient Egypt and the marvelous treasure of King Tutankhamun. These treasures were extracted from his intact tomb located at the west bank in valley of the Kings. It was discovered by Howard Carter in 1922.  Visit the Citadel of Saladin (Cairo Fort)& Mohamed Ali Alabaster mosquethe most outstanding example of Islamic architecture, enjoy a great panoramic View of all Cairo, proceed for Lunch at local restaurant, visit Old Cairo, where early Judaism and Christianity flourished in Egypt, explore the remains of the Fortress of Babylon. First it was built by the Persians around the 6th century BC, these ruins are indeed Cairo’s oldest original structure. Within the confines you will find the Church of St. Sergius, where the Holy Family is reported to have stayed, and the Hanging Church, the seat of the Coptic patriarchate for centuries. Visit the Ben Ezra Synagogue. Inside this basilica-style temple, the so-called Geniza Documents were found, a treasure hailed as an unparalleled source of information about life of the Jews in Egypt’s past) transfer to hotel & overnight. (B/L)

Breakfast at hotel, 06.30  proceed for a full day guided tour visiting Alexandriaby private deluxe air-conditioned vehicle (225 Km). It was founded by Alexander the Great in 332 BC, to be the capital of Greco-Roman Egypt. Alexandria was also the center of learning in the ancient world. Arrive around 10.00 and visiting the Catacombs (These tombs were tunneled into the bedrock in the 2nd century ad, with its vast intricately decorated interior spaces, is so deep in the earth that it was an engineering marvel for its time). A city tour along the corniche of Mediterranean of about 25 km, guide will explain the history of that beautiful coastal city and the second largest city in Egypt. First starting from the Eastern Harbor to visit the Citadel of Qaitbay, the place of Ancient Light House (the legendary lighthouse was one of the Seven Wonders of the World). Enjoy the grand view of the eastern harbor, lunch will be served at local restaurant with a lovely view to the Mediterranean sea. Proceed for visiting the Alexandria Great Library (Bibliotheca Alexandrina) built on the same place of the library of the ancient world, it was opened in 2002 and has shelf space for 8 million books. It has capacity for 3,000 readers housed in a striking glass and granite building (with a sundial shaped roof), and there are also museums and a planetarium on the grounds, later visit Montazah Gardens  and Ex-Royal family summer palaces, the palace gardens, now open to the public, cover an area of some 150 acres and contain numerous trees, palms, and flowers overlooking a beautiful beach, transfer back to Cairo & overnight  (B/L)

Buffet Breakfast & transfer to the airport for the final departure. End of our services. (B)