The sphinx temple of king Khafra

The sphinx temple of king Khafra 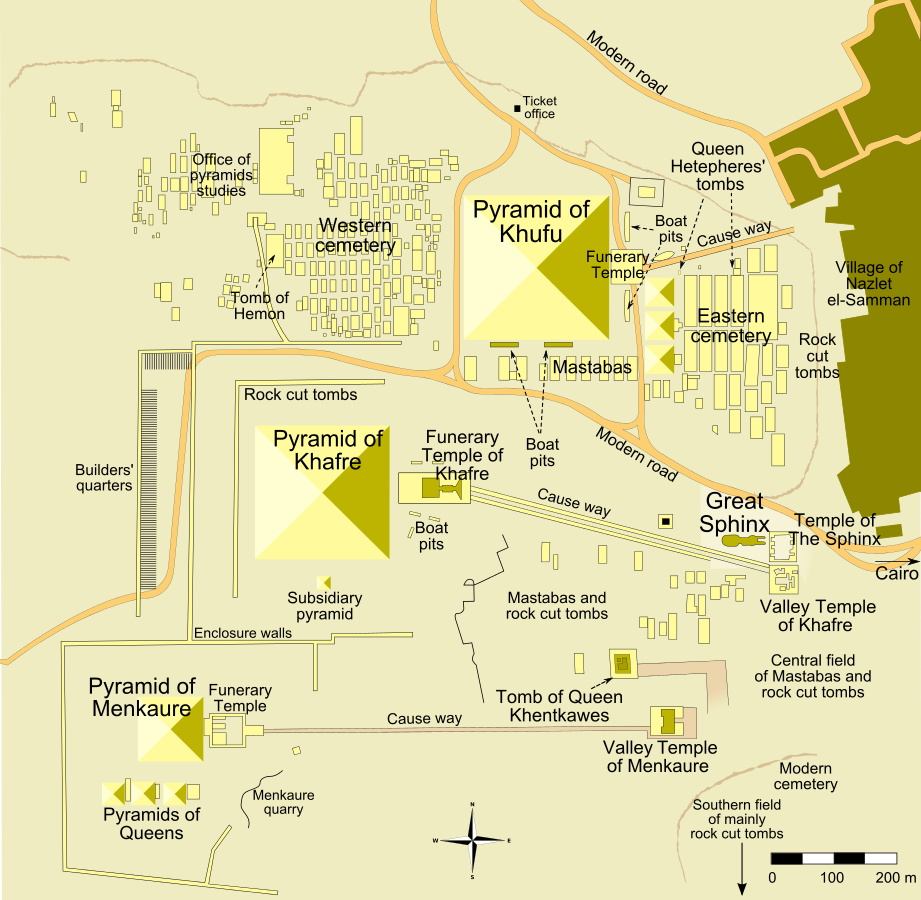 This structure is commonly known as the temple of the sphinx, a misnomer, as it has nothing whatever to do with that of the monument. In reality it is the valley temple attached to the sphinx of the second pyramid, and is connected with the Mortuary temple on eastern side of the pyramid by means of a great limestone causeway.

This temple first brought to light by Mariette in 1853, and because of its being totally engulfed in the sand, he was of opinion that it was an underground temple. Mariette, however rightly connected it with Khafra owing to his finding of seven magnificent statues of that King, which had been thrown in a well in the first hall of the building. Again in 1910 the Von Sieglin expedition completely cleared away the sand from this temple and revealed it as freestanding structure.

Although now in ruins, the valley temple of Khafra is one of the most stately of all Egyptian temples for grandeur and simplicity of design and for beauty of workmanship. None other can compare with it. It has no decoration or sculpture on the walls, no jewellery of color, no inscriptions. It stands in its strength and dignity as one of the greatest religious monuments of past times.

The entire building is rectangular: 370 feet in length, 150 feet wide and 43 feet in height. The core masonry of its walls is composed of local limestone blocks of immense size and weight. Originally, it was entirely caused inside and outside by great slabs of red granite. There are two main entrances facing east; one for Upper Egypt and the other for Lower Egypt. These entrances give access to a narrow horizontal hall, in the floor of which is the famous well in which Mariette found the marvelous statues of king Khafra. This wall is now blocked up to avoid any danger.

A short passage leads into the main hall of the temple which in shaped like an inverted letter T. it measures 57 feet by 29 feet by 6 inches, and the cross arm 82 feet long and 23 feet broad, and the roof was supported by sixteen square sided pillars, each a monolith of red Aswan granite, each 43 feet in height. What a sight this hall must have been in the days of its prime. Walls, pillars and architraves of resplendent red granite, pavement of gleaming luminous white alabaster, and as its sole ornament, the majestic statues of Khafra, executed in dark greenish gray diorite. Some of these statues, including one which is intact and considered of be one of the world's masterpieces, may now be seen in the old kingdom rooms of the Cairo Museum.

In the south west wall of the hall a dark passage leads to three Cupboards like chambers, nineteen feet long and five feet wide. Each divided into two floors by a granite shelf, twenty eight inches thick; the lower floors are lined with red granite, the upper with alabaster. It is said that these chambers were for burials. Visitors should notice the immense size of the granite slabs used in the walls and roofs of these chambers, particularly the southernmost of the lower group.

At the northern end of the western wall, a passage leads rather steeply up to the narrow exit, giving into the causeway. On the southern side of this passage is a dark chamber completely cased with creamy alabaster. This was either the room of the temple guardian or that where some of the priests rested while others performed the memorial ceremonies. Opposite this chamber is a steep, winding leading up to a small chamber, originally giving access to the flat roof of the temple.

This roof was at one time surrounded by high walls, forming a kind of court open to the sky.