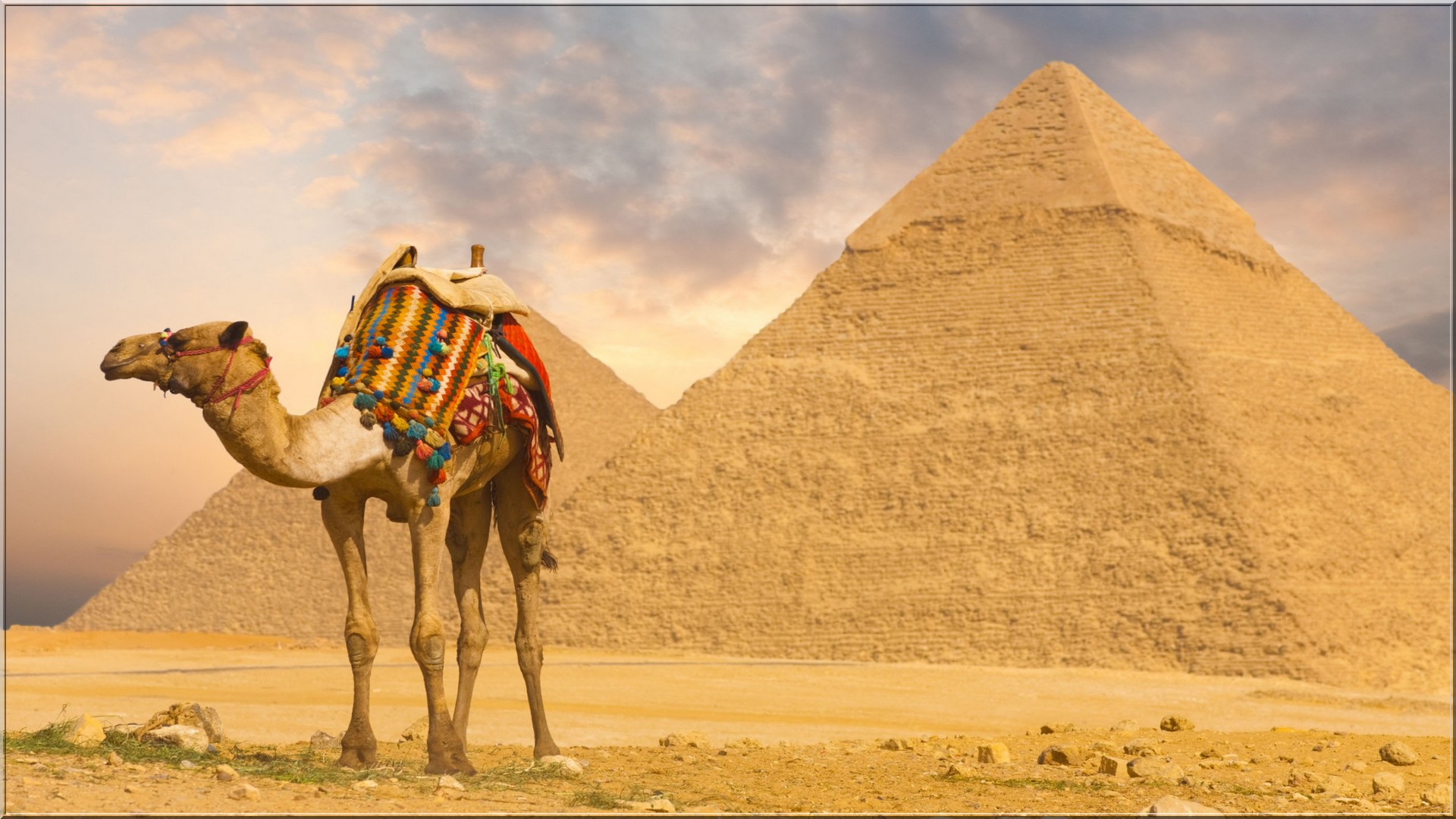 The second pyramid lies at a short distance from its gigantic neighbor, the pyramid of Khufu and on a somewhat higher level of Libyan plateau. it appears from some angles to be higher than the great pyramid, while in reality it is some 30 feet less.

This pyramid was built by command of king Khafra whom Greeks called him Chephren. His name which means his shining of Ra, indicates the political influence of the priests of Ra at Heliopolis during his rein. Khafra was the fourth king of fourth dynasty 3666 BC and the second successor of Khufu, who according to a later tradition was his brother. The same later tradition also credits Khafra with having been a cruel and merciless ruler. During his reign the Egyptians are said to have suffered every king of indignity and hardship. The temples were kept closed and people had to work for their earthly god Khafra. Like similar tradition relating to Khafra, the stories are almost certainly untrue.

The ancient name of second pyramid was Khafra Wer means Khafra the great. It covers an area of about eleven acres. Each side of its square base now measures 690 feet 6 inches in length, 17 feet 3 inches less than the original measurement. The sloping sides inclined at an angle of 52,20 degrees, are about 563 feet 6 inches long and were originally about 9 feet longer. The perpendicular height is 448 feet. The solid content of stone is said to be now about 2.156.960 cubic yards and weight about 4.883.000 tons. The original casing of fine Tourah limestone is still in place at the apex of the pyramid.

There are two ancient entrances to this pyramid, both of course in the northern side. The first and original entrance is near the ground and shows that Khafra originally planned his monument on a much smaller scale. Then for reasons which we shall perhaps never know, he decided to erect a monument that would complete with the great work of Khufu, and consequently the interior arrangement of the existing structure had also to be changed. The new burial chamber was moved further to the south, the existing entrance and its passage were blocked up and a new entrance constructed at a height of 49 feet above ground level. The height is about 450 feet and the length of each side at the base about 700 feet. This second entrance opens into a descending passage 105 feet long, the first part of which is lined with granite. The passage ends in the burial chamber of the king, which is underground and is hewn from the living rock, But roofed with slabs of painted limestone. The chamber measures 16 feet 6 inches by 47 feet 6 inches, and is 22 feet 6 inches high. It contains the empty sarcophagus of the king, a granite monolith measuring 6 feet 7 inches by 3 feet 6 inches and 3 feet deep. It is uninscribed and the cover was smashed to pieces by ancient tomb robbers. The sarcophagus was embedded in a thick deposit of rubble and limestone chips. So that it had the effect of being sunk in the floor of burial chamber.

The second pyramid was first opened and explored in modern times by the great Italian explorer Belzoni. An inscription over the entrance records his name and the date march 2nd 1881.

He found nothing in the pyramid except the empty sarcophagus embedded in the rubble as described above.

The interior of this pyramid is closed to the public and as ascending the exterior is extremely dangerous, it is strictly forbidden.

At the north western end of the escarpment facing the entrance of the second pyramid is a well cut outline of large hieroglyphs recording the activities of a certain Mai chief clerk of works of Ramesses the second. He has the effrontery to tell us that, ordered by his royal master to build a temple to Ra at Heliopolis. He came to the second pyramid in order to take stone for the new project. He left a similar inscription on western escarpment. In this connection we may add that the basement of the temple which Ramesses the second built for the god Ptah at Memphis was built of granite blocks taken from those which originally cased the lower courses of the second pyramid. Despite his vandalism in damaging the great monuments of the past. Mai the chief clerk of works considered himself as quite a pious fellow and dedicated at least two inscribed stelae to the honor of the sphinx.

Out in the western escarpment are several rock tombs belonging to officials of the fifth dynasty. One of them the largest is remarkable for having the ceiling carved to represent palm trunks laid side by side.

On the eastern side of the second pyramid lie the ruins of the great mortuary temple. Only the massive core masonry survives, but numerous chips of granite and alabaster surrounding the site testify to the glory that has vanished.