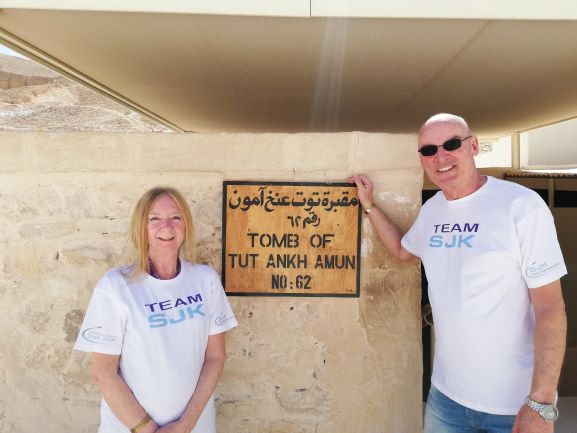 The mystery of this life still eludes us – the shadows move but the dark is never quite dispersed.

The boy-king Tutankhamun remains an enigmatic figure. To judge from his mummy, he died as young as 16 or 17 years of age having been born. Firm evidence is lacking to establish with certainty the identity of Tutankhamun’s mother; though a degree of informed speculation is possible. Nefertiti appears to have borne Akhenaten no sons, but she was not his only wife. Queen Keya was the favorite wife before year 9 or 10 of Akhenaten’s reign, but after year 11 – at about the same time of Tutankhamun’s birth – she disappears from view to have her several monuments at El Amarna appropriated by Nefertiti’s daughter, Meritaten. So why some think and believe that Tutankhamen is the son of queen Keya. Tutankhamun came to the throne around 1333 BC, as Tutankhaten, a young child. He was to rule Egypt for nine years or a bit more, though there can be little doubt that for most of this time the reins of government were firmly in the hands of others – Ay, perhaps a relative of the king, and the general Horemheb, each of whom would succeed to the throne. Facts relating to Tutankhamun’s period of the rule are so few.

Pharaoh Tutankhamun was a semi-divine being standing at the top of the hierarchical pyramid of Egyptian society.

Ay was the principal member of the king’s inner circle and the god’s father. Perhaps as the father of Nefertiti and thus step-grandfather to Tutankhamun.

Nakhitmin was a relative of Ay and the one who should succeed Ay on the throne.

Maya was responsible person of the preparation of the king’s burial and the restoration.

2-King of upper and Lower Egypt