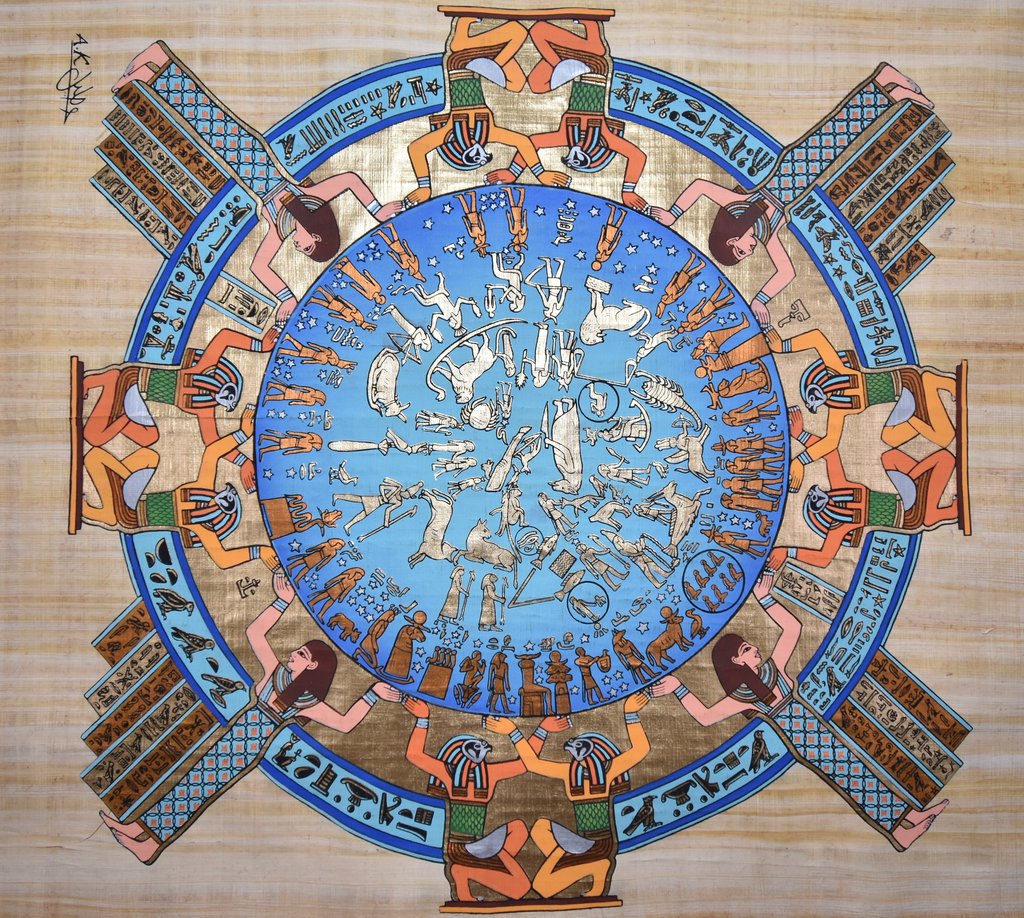 Modern paper is a direct descendant of ancient Egyptian papyrus. This legacy of ancient Egypt to humanity cannot be overestimated. Egyptian papyrus was made from the pith of cyperus papyrus, which grew abundantly in the delta marshes. Stems were cut down and made into bundles. The pith was separated and sliced into thin strips. The strips were immersed in water to keep their moisture, and then glued side by side in two layers, horizontal and vertical, into sheets of desired size. The sheets were pressed firmly to remove excess moisture. They were then beaten and smoothed. A scroll was composed of several sheets glued in sequence. Papyrus was very important to the ancient Egyptians. It helped transform Egyptian society in many ways. Once the technology of papyrus making was developed, its method of production was kept secret allowing the Egyptians to have a monopoly on it. The first use of papyrus paper is believed to have been 4000 BC. The raw material of papyrus paper comes from the plant cyperus papyrus. This plant grew along the banks of the Nile and provided the Egyptians with the necessary raw materials. This plant was quite versatile and was not only used in the production of paper but it was also used in the manufacture of boats, rope and baskets. However, the singularly most important and valuable product was the papyrus paper. Not only was this ancient Egypt's greatest export but it revolutionized the way people kept valuable information. No substitution for papyrus paper could be found that was as durable and light weight until the development of pulped paper by the Arabs. The way of making pulp paper was far easier to produce but not as durable. This not only led a decline in papyrus paper making, but also to a decline in the papyrus plant cultivation. Eventually, the papyrus plant disappeared from the area of the Nile, where it was once the lifeblood for ancient Egypt. Papyrus making was not revived until around 1969. An Egyptian scientist named Dr. Hassan Ragab reintroduced the papyrus plant to Egypt and started a papyrus plantation near Cairo. He also had to research the method of production. Because the exact methods for making papyrus paper were such a secret, the ancient Egyptians left no written records as to the manufacturing process. Dr. Ragab finally figured out how it was done, and now papyrus making is back in Egypt after a very long absence.

The method of papyrus paper production:

1- The stalks of the papyrus plant are harvested.

2- Next the green skin of the stalk is removed and the inner pith is taken out and cut into long strips.

3- The strips are then pounded and soaked for 3 days until being pliable.

4- The strips are then cut to the length desired and laid horizontally on a cotton sheet overlapping about 1 millimeter. Other strips are laid vertically over the horizontal strips resulting in the crisscross pattern in papyrus paper. Another cotton sheet is placed on top.

5- The sheet is put in a press and squeezed together, with the cotton sheets being replaced until all the moisture is removed.

6- Finally, all the strips are pressed together forming a single sheet of papyrus paper.