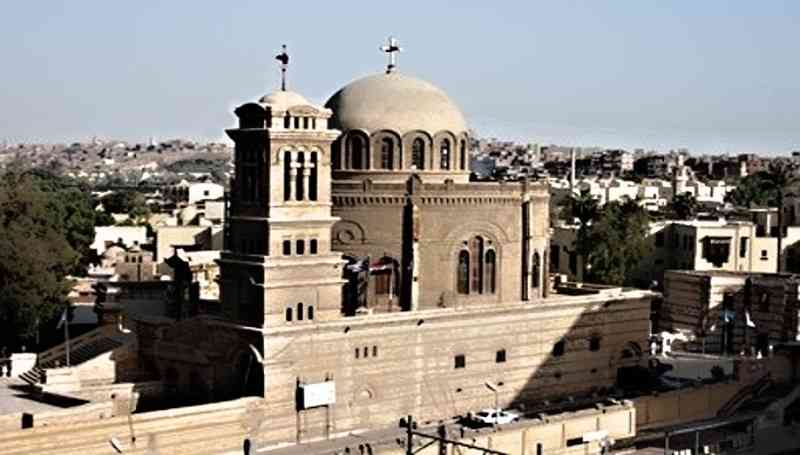 To the north of the Roman fortress stands the ancient Monastery (Deir) known as Deir Abu Seifein, so-called because its largest church is dedicated to Saint Mercurius. The word Abu Seifein means father of the swords and according to tradition, the warrior Saint Mercurius possessed another sword given to him by an angel; this he used in a battle against the Barbarians.

Mercurius belonged to a noble family and was an officer in the Roman Army. He suffered martyrdom in A.D. 362 during the reign of Emperor Julian. This saint is usually represented on horseback in the uniform of a Roman legionary with two swords in his hands and tramping Emperor Julian beneath his horse's hooves.

The Church dates from the sixth century. It was destroyed in the Eighth century and then transformed into a store for sugarcane, but was rebuilt in 975 during the time of Patriarch Abraham. The church underwent a further renovation in 1176 but, only a small chapel of the original remains.

The church is basilican in style, measures about 31.5 long by 21 meters wide, and has three aisles divided by pillars. It contains the richest and most important collection of icons, which are very old. The church contains chapels dedicated to the Virgin Mary, ST. Gabriel, ST. John the Baptist, ST. Victor, ST. Antony, the archangel Michael, and Anba Nub.