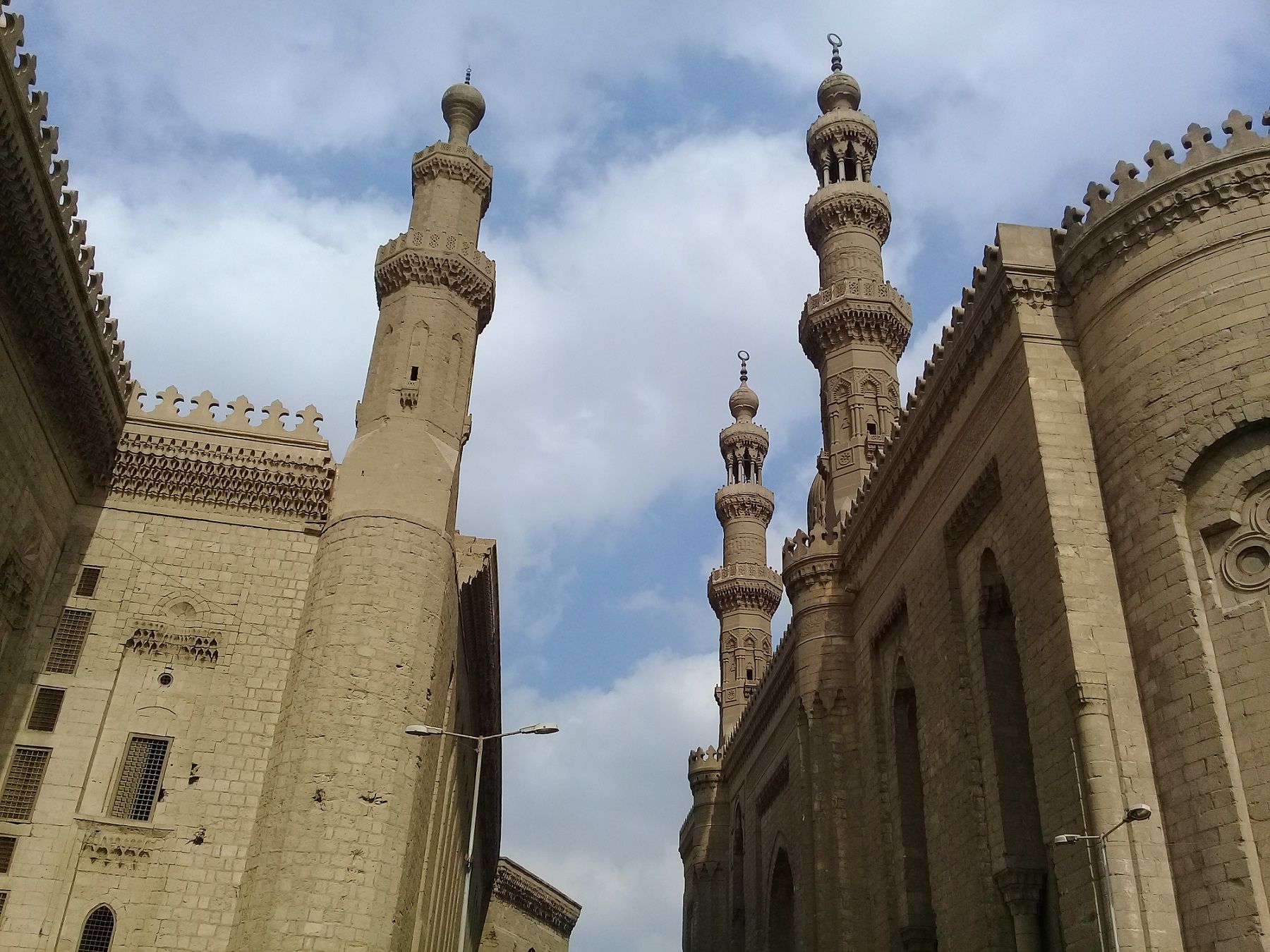 Rafai Mosque is a handsome columned edifice that stands in a well-kept garden to Sultan Hassan Mosque. The present mosque is a new one that dates from 1869, but before it existed there was a small mosque Zawaih known as Zawiet El Rifai which contained the tomb of Moslem Saints. The mosque is not called after Sayed El Rifai, but after Aly Abu Shebak, the celebrated chief of one of the Sufi Sects of Islam and a descendant of the Rifai family. Sayed Ahmed El Sayed Hassan El Rifai died in 1182 and was buried in Iraq.

In 1868 princess Khushar, Khedive Ismail's mother, having acquired the Zawai and the neighboring buildings had them all pulled down and ordered the building of a large mosque in their place, desiring that the new mosque should serve as a place for public worship. She intended to annex to the mosque a mausoleum for herself and her descendants and two other mausoleums for Aly Shebak and Yahiya El Ansary who were previously buried in the Zawaih.

When the construction reached an advanced stage work was interrupted by the death of Khushar hanem who was interred in her tomb within the walls of the mosque.

In 1905 Abbas Hilmy the second, the Ex Khedive, ordered the construction to be resumed. The mosque was completed in 1911 and was opened for public prayer in 1912. The amount spent on the construction is said to have been 650,000 LE. The architecture of the exterior is harmonious and vast but the admirably devised proportions effectively dispel any impression that it is dwarfed by the great mosque of Sultan Hassan which stands just opposite it.

The Refai mosque covers an area of about 6500sq. meters of which 1767 meters are enclosed for devotional purposes and the rest is occupied by shrines.

The visitor to the mosque is impressed by the beauty of the monument with its graceful lines, lavish decoration, and exquisite workmanship. The decorative inscriptions are all from the verses of the Quran and are noteworthy.

The walls and pillars are from marble, the roof is of cedar, the floor is covered by rich carpets green bordered with red, and the Kiblah is trimmed with amber and alabaster.

The reserved part for prayers is square and is covered by a dome with beautiful stalactites support on four arches resting on four piers. Alabaster columns with finely sculptured and pedestals adorn the hall. The Minibar pulpit is encrusted with ebony and ivory. Among the masterpieces is the lectern for the Holy Quran which, like the pulpit, is gilded and inlaid with ebony and ivory.