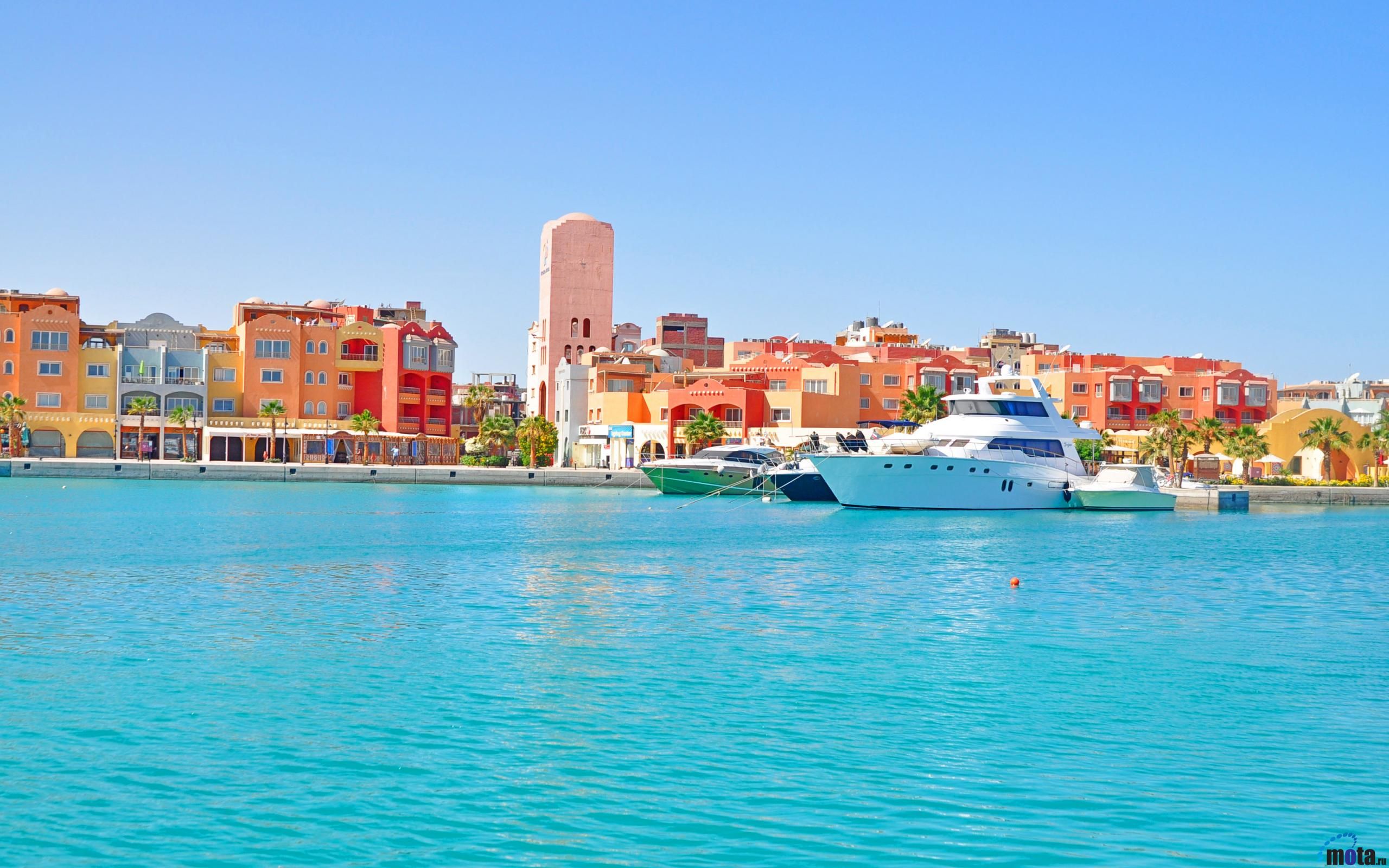 The city Hurghada was founded in the early 20th century, and until recently it was a small fishing village. But since the 1980s, it has been continually enlarged by Egyptian and foreign investors to become the leading coastal resort on the Red Sea. Holiday resorts and hotels provide aquatic sports facilities for windsurfers, kite surfers, scuba divers, and snorkelers. Hurghada is known for its water activities, nightlife, and warm weather. The daily temperature hovers around 30 °C (86 °F) most of the year, during July and August temperatures reach over 40 °C (104 °F). Many Europeans head to Hurghada for their regular Holidays, especially during the winter season, and spend their Christmas and New Year holidays in the city. nowadays Hurghada has around 350 hotels and resorts besides there are many Travel agents, Transportation agents, Diving schools, Diving centers, Safari Agents.

Hurghada stretches for about 36 kilometers (22 mi) along the seashore. Today Hurghada counts 370,000 inhabitants and is divided into:

Along the El Mamsha (Avenue), you find many of Hurghada's new hotels, restaurants, and shops. Most of the newest and biggest hotel resorts are located in the area between Mamsha to Sahl Hasheesh (Village road). After Sahl Hasheesh you find Makadi Bay with its hotels. Dahar is the oldest part of the town, where the town's traditional bazaar, the post office, and the long-distance bus stations, Go Bus and Upper Egypt Bus are situated. The busiest area is its "city center" Sakala, which is spread along Sheraton Road. There are some hotels, shops, and restaurants along Sheraton Road.

Hurghada is served by Hurghada international airport with scheduled passenger traffic connecting to Cairo and directly with several cities in Europe. A new terminal was opened in 2015 to accommodate rising traffic.

The village, which evolved later into what is now called Hurghada, was settled in 1905. its name is taken from a plant that has grown naturally in this area. Before that time it was a fishing village. In 1913 oil was discovered in Hurghada. oil production and export began in 1921 under British oil companies.

During the war between Israel and Egypt, Shadwan Island east of the city in the Red Sea, was fortified and held by Egyptian troops and used as a radar post. On 22 January 1970 Israeli troops occupied the island for 36 hours.

Hurghada is famous for its clear, crystal, and calm water most of the year and has become popular for various water sports, particularly recreational scuba diving and snorkeling.

Hurghada has a desert climate with mild-warm winter and hot summer. Temperatures in the period December–January–February is warm, but in the evening temperature may drop from an average of 20 Celsius degrees to 10. November, March, and April are comfortably warm. May and October are hot and the period from June to September is very hot. The average annual temperature of the sea is 24 °C (75 °F), ranging from 21 °C (70 °F) in February and March to 28 °C (82 °F) in August.

The Giftun Island is the 2nd largest Island in the Red Sea and the first natural Reserve. It has about 50% of the Seagulls live in the world plus more birds and reptiles.

This Giftun Island had been separated naturally by a cracking operation into:-

The grand Giftun Island, is the largest and covers an area of about 18 km2 and locates 11 km from Hurghada.

The little Giftun Island is about 3 km2 and it is to the southeast of the grand one.

It is very important for the tourism industry because of its fine sand, close location to Hurghada, and the only Island where tourists can stay to enjoy the sun and sea. It is distinguished by its 14 diving sites and other surrounding diving areas. It attracts about 15% of all visitors to the Red Sea. The Island is considered to be the main source of livelihood for many people who work in tourism. The estimated daily number of boat visits is about 70.

The Hurghada Marina project is considered to be one of the biggest and most splendid projects in Hurghada, Egypt. It was designed by the Sorgreah Consultants in France but was carried out by the ASA consultants in Egypt.

Apart from its nautical character, Hurghada Marina has become very well known for its exclusive bars and restaurants, an unparalleled choice of designer shops, and luxurious holiday apartments surrounding the port.

The Marina Harbor has a capacity for 200 yachts with lengths ranging between 10 to 100 meters.

It is a beautiful image of Hurghada and a great option for customers who love to have a tasty meal in a nice place. From the Marina start the sailing boat for snorkeling, diving or fishing.