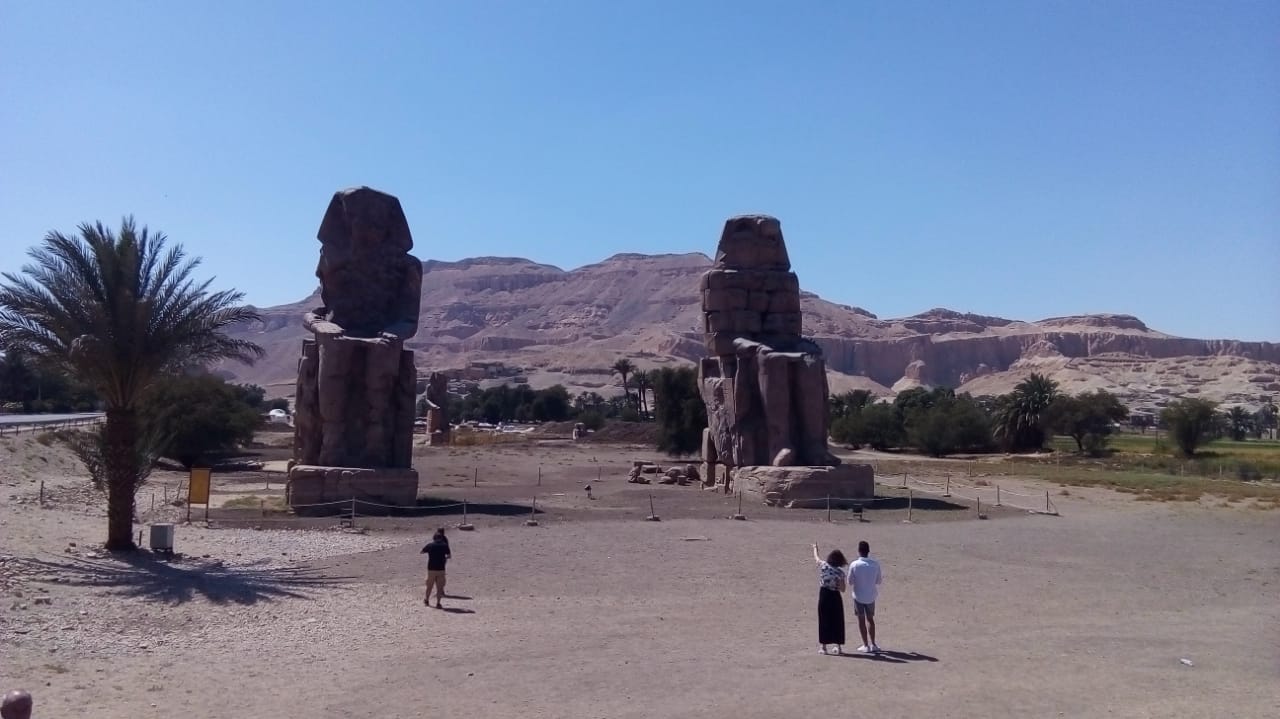 the colossi of MemnonThe first monument that one sees on a visit to the west bank of Luxor is the site of the funerary temple of Amunhotep 3rd. the temple itself has all but completely disappeared, but the colossal twin statues of the king, which once stood proudly in front of the entrance to the temple, are still there to greet the visitors. Having lost the mass of a mighty pylon from behind their back, whose effect would have been to reduce their size to proper proportion, the Memnon colossi, as the statues may now look awkwardly gigantic. The Memnon colossi are quartz monoliths, 18 meters high. The king is represented sitting on his throne, while his mother Mutemuia and his wife Tiy, much smaller in size, stand beside his legs. The back plinth bears the royal names and titles in large Hieroglyphics. The sides of the cube throne are decorated with the symbolic unification of Upper and Lower Egypt. Their fame among ancient visitors increased when one of the colossi began to emit deep sounds in the early morning as the heated air passed through fissure which had possibly been provoked by an earthquake. This singing Memnon was silenced when the fissures were repaired under Septimus Severus. Much ancient graffiti in various languages were scribbled on the legs and bases of the statues by passing travelers. The temple of Amunhotep 3rd must have been of vast proportions. Its demolition began in antiquity of its stone pieces, statues and stelae were employed in buildings by Merenptah 19th dynasty and Ramsses 3rd. A headless alabaster sphinx with crocodile tail can still be seen on the temple grounds as well as tall quartz stelae with a long inscription.