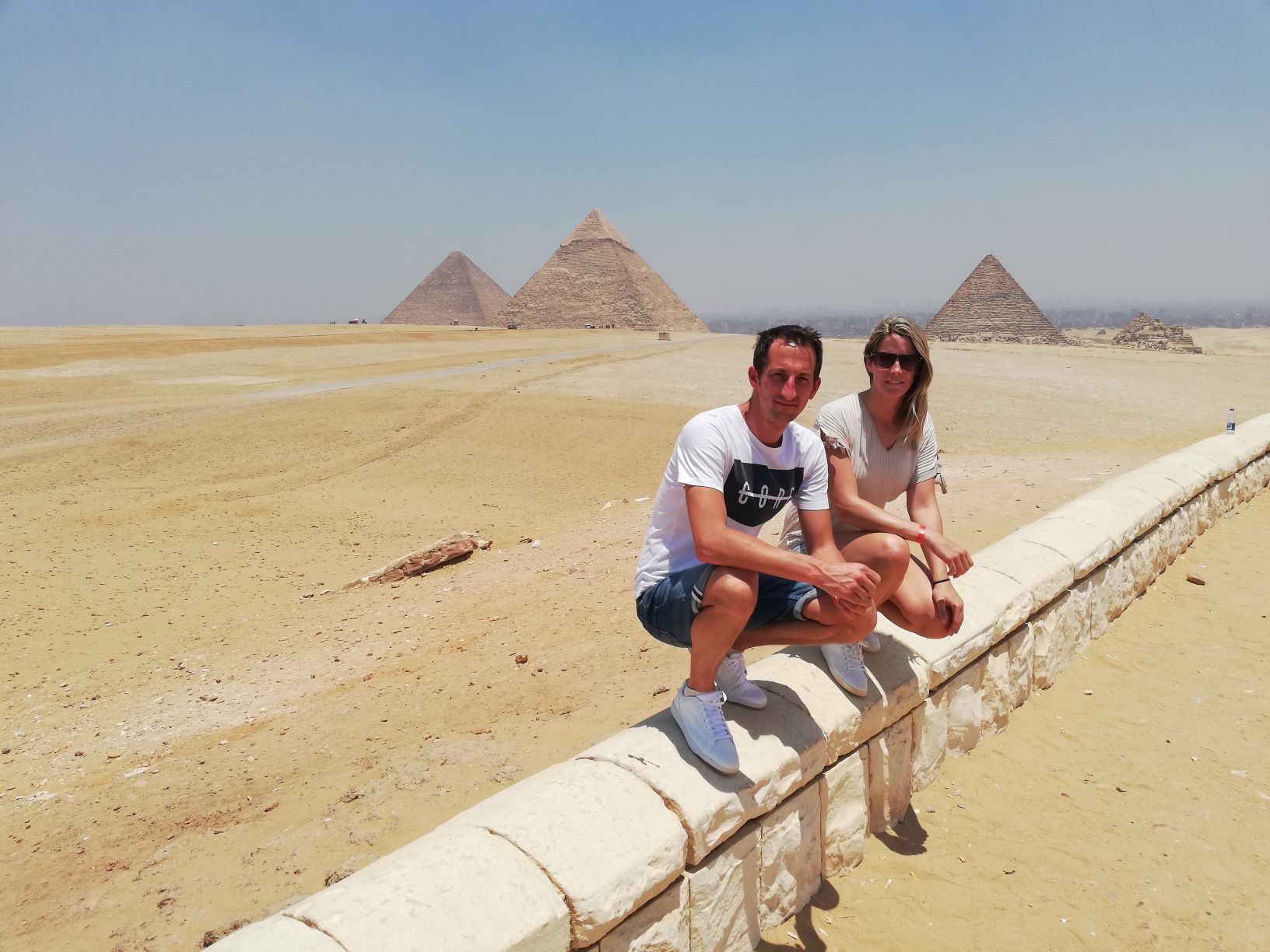 Cairo is the capital of the Arab republic of Egypt. It is the largest city in Africa, with a population of 23 million. The name Cairo which is Arabic in origin is taken from the Arabic word Qahira means victorious and was given to the city because Mars, the god of war, called by the Arabs El Kahir, was in the ascendant at the time of its foundation. Today it is commonly known to the country people as MASR.

Cairo is a city of spacious avenues and splendid stores and buildings. The Nile divides it into two parts, the eastern which is pounded by the Moqattem hills and the western which extends to the Giza pyramids. The city also includes two large islands in the Nile which have grown in the recent years into well populated suburbs. It is the most attractive city in the world because of its monuments and the variety of its landscapes. It is a world in itself, a museum of all the ages, cultures and historical events.

Here can be read the history of civilizations, for it is the storehouse of monuments dating back to 4000 years B.C. it is a city in which past and present live side by side, the former rich in varied memories, the latter up-to-date in its achievements.

Cairo combines the glamour of the east and the glories of ancient Egypt with the attractions of great modern city. The visitor who enters it for the first time finds himself at last where he has often wished to be, in a fancy’s dream. On every side he encounters relics of the glorious past reminding him of the Pharaohs who lived in this Valley thousands of years ago.

Here we hear the voice of the students of Heliopolis University 4500 years ago, discussing science, medicine and astronomy at a time when the whole world was groping in darkness.

Visitors to Cairo will find there the greatest monuments of art, history, religion and humanity. To a lover of history and art in general, Cairo is a veritable treasury, there is not only epoch of its long and stirring history that has not left numerous and precious traces. Poets and artists have found here inspiration even beyond their dreams.

Cairo is and will for ever be the city of magic and mystery. It is also a city of culture and enlightened education. There are several universities in Cairo. Al Azhar, the principal of learning in the Moslem world, while the many other schools do not fear comparison with those any other country in the world. Cairo is the seat of the government, the centre of administration and diplomatic representatives to the Arab republic of Egypt.

Cairois the mother of the world.

The Cairo of today is the outgrowth of several cities and settlements created in different periods.

The primal origin was a city that bore the name (Kher - Ohe), means the place of combat, and that was around 2500 B.C

Much later, when Egypt became a province of the Roman Empire in 30 B.C, the Roman fortified Kher- Ohe and two out of the seven of their great round towers can still be seen, testifying to the strength of the roman builders. The name Kher- Ohe had been changed to be Bab-Ol- On, means the gate of On.

Some others scholars think that the name Babylon was given according to the Babylonians brought into Egypt by Cambyses in 527 B.C

At the beginning of the 7th century A.D. the trend of the Arab invasion reached the northwestern corner of the Arab Peninsula and within a few years Palestine and Syria.

In December 639 A.D Amr Ibn Al AS, one of the Prophet Mohamed’s (Peace be upon him)   companions, let his army into Egypt. The Arabs had reputation for justice and tolerance. After Babylon was captured 641 A.D. An order was given to strike the general’s tent but it was cancelled by the great man himself when it was discovered that a dove had built her nest there and had hatched her eggs in it. The tent was left where it stood so that the bird could rear her brood in peace. When the army returned from Alexandria, they camped at El Fustatum , means the tent so there the commander laid the foundation of the city or the site and gave the name El Fustat.

At the beginning it was the military headquarters and the seat of Government, but later extended to accommodate a further influx of inhabitants.

Under the role of the Abbasids (749-868), a northeastern settlement was founded in 749. It was called El Askar, means soldiers because it was the residence of the Abbasid troops and officials. Nothing of this settlement is still remaining and the site occupied by the slaughter-house.

In 868 the Tulunid dynasty got the power , Ahemd Ibn Tulun the first ruler of the dynasty ordered another new city to be built to the north of El Askar , this was known as (El Katai), means the wards, because it was divided into separate quarters.

Under the Ikhshid period (935-969), El Askar was totally destroyed, Fustat and Katai were united together to form one city that became the capital of Egypt known as (Misr)