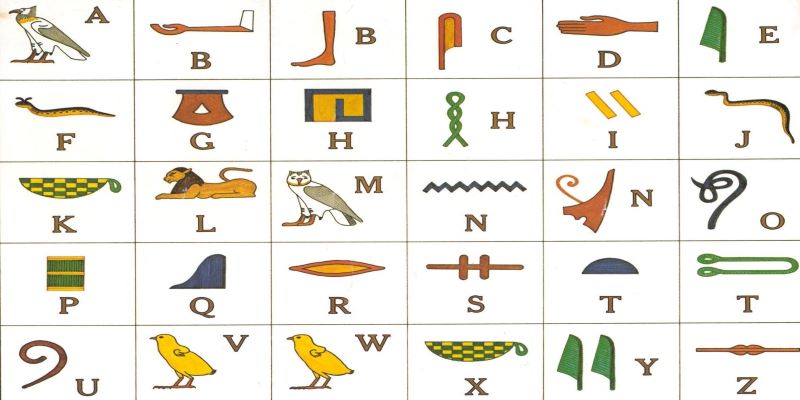 The history of the written language is very protracted with differences and developments throughout the periods. The main form of writing was a pictorial script known as Hieroglyphic (hiero means sacred and glyph means sculptured), an offshoot of pictorial art. In the beginning a hieroglyphs were used for all purposes, on temple walls, stelae, tombs, seals and potsherds, but as time went on this writing was confined more or less to monumental purposes, such as official inscriptions on temples walls and on papyrus.

Two classes of signs used in hieroglyphic writing need to be distinguished. These are ideograms, which indicate the actual object that depicted or closely related, and phonograms that is close to the alphabet, which indicates something different. For example, the name of Narmer, who unified the lands under his control for the first time in the history, his name was written on the Narmer palette by the n’r (fish) and mr (chisel).